A thoroughly enjoyable VR gaming experience that first appeared in December 2016 and is still being spoken of today – mostly in a good way of course. However, one wonders if Superhot VR could still be relevant in 2021.

Created by a team of developers under the same name, Superhot Team, the brings with it a refreshing rethink of bullet-time mechanics – think Neo dodging bullets in The Matrix, which has seen a lot of use and adaptation over the years. However, no title has ever done it with the same sort of unique brilliance as Supehot VR.

In this game of simplistic – yet immersive – visuals, the player is put against hordes of glass enemies, armed and coming from all directions. Given the speed at which they approach, superhuman powers are the only means of surviving.

A player’s key to success lies in how they make use of their ability to slow down time. More specifically, in this game, time only moves when you move. This approach playing feels unnatural at first, and might take some getting used to for some. Nevertheless, once you get a rhythm going, this unique manner of playing becomes a big part of why Superhot is such a wholly satisfying title to play.

Available on Oculus Quest, HTC Vive, and PSVR, the texture free visuals are noticeably better on the former two platforms. Not that it really matters, as Supehot VR was never really a visuals oriented game. Here, the magic is in the action.

From the campaign to the survival mode, it’s a rewarding experience – from shooting, to punching, to stabbing, and kicking your glass enemies to shatter them. However, there’s a catch. When you move they move, and the faster you move, the faster they will move.

Should you find yourself taking enemy fire from multiple directions, shooting back and fast-turning in a panic will only result in you getting shot a whole lot quicker. A sudden and rapid turn of the head to check one’s periphery will only yield the same fatal result.

The idea here is to remain calm and timing your moves. Teaching yourself to move like a Tai Chi master is the best way to put it. Making small slow movements is how we achieve victory here. Moving in this way will buy you the time you need to respond to a threat accordingly, like grabbing a dead enemy’s gun and blasting his mates with it. Or simply sidestepping a game of bullets in Matrix style slow motion.

As you play the game, you progress from level to level, with more enemies you have to deal with.There are about five or more sections to each level, and one must always remain aware of the fact that they are just as fragile as their glass opponents. One hit is all it takes to make you start a section over.

For those who love a good bit of action and are appreciative of good creativity, Supehot is one title that you must try out. It still offers a lot of value, in terms of pure unadulterated fun in 2021. 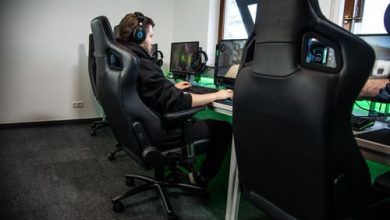 How to Get the Best FPS on Valorant

Top 9. Evergreen Games of All Time