Dubbed the Sirin Labs Finney, this crypto-friendly device offers similar functionality to other top-range smartphones but comes with an added hyper-secure cryptocurrency cold-wallet, at a decent $1,000 price (if compared to pricier options in this class, iPhone XS, or Galaxy Note 9.

The Finney presents a striking first impression. Taking design cues from Sony’s Xperia range, or – more likely – it’s predecessor, the Solarin, Sirin Labs’ latest offering presents a more squared-out, business-,like appearance in comparison to sleeker, more feminine proportioned smartphones currently on market. She comes packing a 6 inch front screen, a 18:9 notch display (lacking in the resolution department, compared to rivals), a 2 inch multi-touch safe screen, an 8 megapixel front camera, as well as an impressive 12 megapixels in the front (all the better to scan crypto wallet QR codes with, one can assume).

In addition to visual features, the Finney sports a 128 Gigabyte internal storage unit and allows for extension through a memory card slot. At $999 on the Sirin Labs’ website or the manufacturer’s flagship store in London, the Finney offers blockchain functionality in a built-in cold storage wallet (accessed by sliding the back notch slide upwards), a dapp-center, token conversion service, as well as an incentivized learning program, all neatly wrapped-up in Sirin Labs’ own operating system, Sirin OS (a modified version of Android Oreo).

Though not rich in features that consumers have grown accustomed to, the Sirin Labs Finney is likely the first irritation of a new breed of mobile devices geared at the new-age economy, where cyber security and digital assets play a bigger role. In fact, Sirin Labs have loaded the Finney with a Behavior-based Intrusion Prevention System, 3-factor authentication with Biometrics, Lock pattern, and the Behavioral IPS, as well as blockchain functionality for heightened encryption.
Seeing as the Finney’s digital asset cold storage functionality is it’s key selling point as THE premier smartphone for the blockchain generation, it became a subject of much scrutiny. By going into the Finney’s pre-installed wallet app. When first accessing the app, users will be prompted to set up the cold wallet. This entails entering and confirming your password via the cold wallet’s 2 inch OLED screen (which could prove frustrating), and recording a 24 word Seed Phrase and being tested on it. The fact that it all takes place on a 2 inch display can be a challenge to people who are new to the cryptocurrency space.

The cold-wallet, as you may have already guessed, operates independently of the smartphone and the two aspects interoperate whenever the user wills it. The Finney currently only supports Bitcoin and Ethereum digital coins, with more digital assets to be supported in due time.

The Finney’s notch screen is the device’s only sore point, as the feature presents and unfamiliar and often cumbersome user experience. Aside from that and the lack of a headphone jack (the Finney offers a USB-C port and dongle for headphones) the Sirin Labs Finney is a responsive device that offers cryptocurrency users a safer option with which to interact with their digital value. 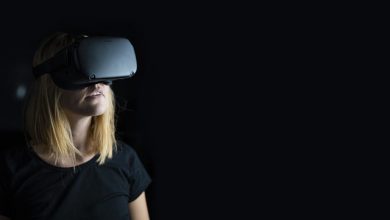