A Virtual Reality remastering of the Capcom classic, Resident Evil 4, is going to hit Oculus Quest 2 later this year. No official release date is available, here’s what we can tell you about it.

One of the most significant bits of information around this VR remastering of Resident Evil 4 is that it is the first confirmed Quest 2 exclusive release. Even locking out its predecessor headset – which it has shared releases with since launching in October 2020.

Changes to this release of Resident Evil 4

The original creator confirmed that the release will have original cutscenes. However, they have made some key changes. The first and most noticeable change is the VR ported version of Resident Evil 4’s gameplay is experienced through a first-person viewing perspective. This point of view makes a lot of sense. Because this VR version allows players to dual-wield.

Another key change to the classic’s gameplay is that players will now have all the joys of interacting with the in-game environment. That brings the game closer to the levels of environmental interaction that VR players are getting accustomed to. Even though the original Resident Evil 4’s equipment menu is still available, players will be able to select weapons right off of their bodies. That is a key benefit of the added in-game interactivity.

When it comes to moving around, players can use Quest 2’s analog sticks or teleportation. The latter being a recommended option for players who are prone to VR motion sickness.

As for the technicals of the Resident Evil 4 VR remake, Armature remastered the game on Unreal Engine 4. All that while keeping the character animations unchanged. The company parades how they enhanced roughly 4500 textures for a crispier first-person view.

The game is a clear-cut classic, but whether or not Resident Evil 4 is a good reason to switch to Quest 2 – for those who don’t own one – is a question that still needs to be answered. The only way to do that is to wait for the release and then give it a go. 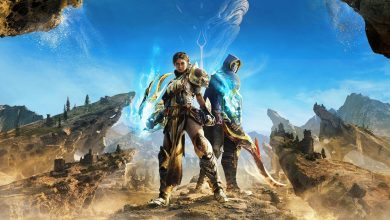 Atlas Fallen game is inspired by God of War