Wanderer is a Virtual Reality game that is going to turn players into time-traveling heroes. It is making its official debut during the latter part of 2021.

As the Virtual Reality gaming scene continues to gather forward momentum, the year thus far has seen a number of exciting releases and announcements. Including VR remastered classics to entirely new offerings. From this flood of new options, Wanderer is a standout. It may very well find itself at the top of many favorites.

Players partake on an epic journey through time from the point of view of Asher Neumann, the game’s main character. Within the gameplay footage that the developers have released thus far, there are numerous historic figures and moments in time that players will have the chance to interact with and influence in a fully immersive gaming experience.

The gameplay begins in an apocalyptic timeline. In which our reluctant hero comes across a number of curious items. Such as a mysterious wristwatch that enables Neumann’s expeditions to various key moments in time.

Words from the creators

”Moving through time to assist Nikola Tesla with his inventions, to going on critical World War Two missions, to taking part in the moon landing, this adventure thriller’s graphics, gameplay, and the story will offer an exciting prospect for VR gamers” the game’s creators said in a statement.

According to the developers, the gameplay is a “unique blend of escape room style puzzles and hands-on activities that will see you bring together objects and events from various time periods”. Naturally, all of this would be pointless if players didn’t get to do this in “sometimes unlikely and inventive ways.”

The creators have planned Wanderer as a three-part series. Even though they have collaborated with Sony Interactive Entertainment (SIE) on this first offering, Oculus will have the game supported on their VR platform of choice.

From the ground up, Wanderer was designed and developed for Virtual Reality. It represents a major step into the VR space for both studios. That said, PSVR players can expect to get full PlayStation Move support while wandering through time to save the human race.

For now, players will have to wait until the official release to “Discover bygone eras and visit real moments from history. Or jump to futuristic and post-apocalyptic settings to crack codes and solve puzzles.”

Unfortunately, neither of the developers has confirmed exactly when that might be. All we know is that it is set for later this year. 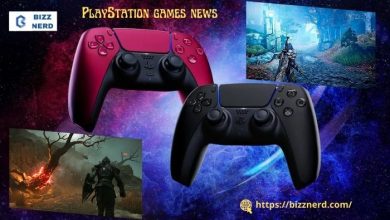