Some saw the new technology as an opportunity to sure up their own economies, while others saw a threat and responded with regulatory hostility.

Here, the focus is on the former. Nations that have been at work trying to develop regulatory environments that are fertile and fluid enough to sustain this rapidly growing industry. At the same time working to protect the interests of Investors and consumers.

The Asian island state was one of the foremost states to, through it’s regulatory structures, officially recognise Bitcoin and other cryptocurrencies. Widely considered the most progressive when it comes to cryptocurrency, the land of the rising sun swiftly positioned itself as an ideal location for crypto start-ups and individual enthusiasts.

As of December 2018, the country saw approximately 190 business entities express an interest in setting up shop there. For individuals, Japan’s tech savvy disposition led to as many as 260,000 retailers and merchants accepting Bitcoin as far back as 2017, as reported by Nikkei.

The country of a little under 600,000 people had established itself as a financial and business hub a while before the onset of the cryptocurrency revolution. The country’s regulatory and taxation regimes regarding , could make it a favourable destination in future.

In Luxembourg, transactions executed in cryptocurrencies are not subject to VAT. Further, the small state’s framework -thus far- regards cryptocurrencies as intangible assets, which do not incur income tax until they are liquidated.

A country that has been friendly towards the new technology for a while now. The country has seen some success in attracting Blockchain start-ups, with a 2018 report stating that the country’s top 50 cryptocurrency and DLT (Distributed Ledger Technology) companies where collectively valued at USD $44 billion at the time.

Generally speaking, Switzerland has an attractive tax environment for business. As far as cryptocurrency is concerned, the country’s tax authorities view digital currencies as assets subject to wealth tax.

The tech savvy city state has long been an attractive geographic starting point for tech start-ups. For crypto related start-ups, the ground might have been a little shaky in the early days, however, last October saw the country’s financial regulator announce it’s readiness to work with crypto start-ups in the form of  providing banking services.

Though the country doesn’t match up to Japan in terms of cryptocurrency acceptance just yet, Singapore’s regulatory body has been steadily steering towards that result. Last year, the framework that is to regulate cryptocurrency payment processing businesses was finalised.

This country may come as a surprise to some, but Estonia is one country that expressed speculative desire to launch a national cryptocurrency called Estcoin. The plans were later put on hold after criticism from the EU, however, the country is looking into applications for Estcoin in its e-residency program.

In one of Europe’s least crowded nations, cryptocurrency exchanges are not persecuted. Instead, they must adhere to a well-defined set of rules which include strict KYC and AML compliance. For the sake of consumer protection, an exchange must acquire a Virtual Currency Exchange Licence, and a Virtual Currency Wallet Services Licence from the Financial Intelligence Unit of Estonia before it can operate legally.

These are just a few states that have taken a bold leap. So if you are looking for clear regulatory framework for your cryptocurrency/ Blockchain start-up, these country could be a good fit. 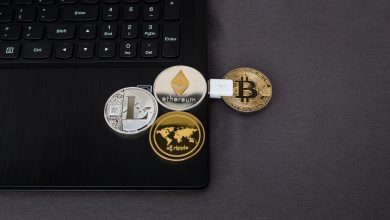 How to create a Blockchain Wallet?