When browsing through Apple’s subscription service, Apple Arcade, Sneaky Sasquatch might be one of the very last options – out of a fairly decent selection of games on offer – that you would take an interest in. However, in this review, we are going to discuss why going that route might not be as entertaining as giving the daily adventures of a Sasquatch a chance.

The game revolves around a sasquatch who is on a mission to save his park from being sold. In order to do so, the sasquatch has to follow leads that will ultimately get him to a hidden treasure that will help him save the park.

However, the journey to finding the stashed riches is not as straightforward as it sounds. It is a delightful adventure, with loads of side missions where our protagonist yeti has to stealthy manoeuvre his way around the park completing tasks for the forest critters, in return for gold.

The well thought out layers to this game don’t end there. The sasquatch also has to consider his own stomach and the need to sleep, and this only makes the game more entertaining. Besides watching out for park rangers, the sasquatch has to ninja his way in and out of human campsites, and scour through their rummage to find food.

This is where all the gold you earn from the side missions comes into play. You can purchase clothes to use as a disguise (it won’t work against the park rangers). There are many other things you do with the gold lile, buying a set of golf clubs and playing in tournaments, or buying a sports car and taking part in races. As the game advances, the adventures get wackier (in a fun way), it is all a part of how the story is told.

As Sneaky Sasquatch’s gameplay environment has day and night cycles, one has to complete missions and acquire food during the day cycle before heading home to call it a night. You have the option to travel manually – If you prefer the scenic route, or via a “fast-travel” item to get you there quicker.

Playing Sneaky Sasquatch is about slowly working your way to the final objective by exploring the land, earning new items, and discovering new paths and side missions – it’s a quirky mixture of Grand Theft Auto and adventure type Role Playing Game (RPG).

The game offers the option of using basic touch control, but it is also compatible with a connectible controller. Both have their upsides. For example, some may find that a controller works better for basic movements, while the touch controls might work better for a task like driving.

To ensure that you are always at your utmost sneakiest, the developers added a circular meter around other in-game characters to let you know how close you are to being detected by them. Finding yourself in the “ranger-danger” zone will be you getting chased around, GTA style, till you evade or get caught and booted off the park.

In a nutshell, Sneaky Sasquatch has some moments of tension, but the game leans more towards family friendly fun. The fact that you can save multiple player profiles adds to that. 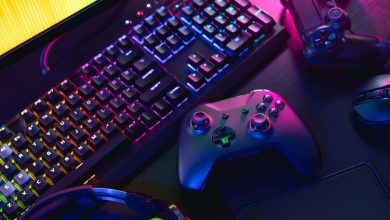 PC vs. Consoles vs. Mobile Phones for Gaming: Which is the Right One for You 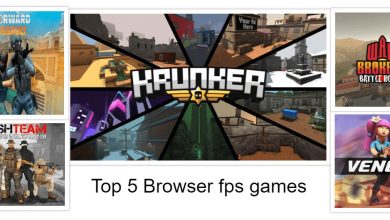 Top 5 Browser FPS Games That You Can Play For Free