Following the name change, the wallet service remains under the management of the original BitBill team and is now touted as being “a safer place to store your cryptocurrency”.

Right from the very beginning, the team behind the Ownbit wallet has maintained its focus on creating and maintaining a secure payments platform for Bitcoin. However, the passing of time and a broader acceptance of a cryptography secured currency and the underlying technology have inspired a move to explore other avenues.

“our vision has expanded and we will work hard to build Ownbit to make it the best blockchain wallet.”

To achieve this vision, the BitBill team added some interesting features to the Ownbit wallet.

Ownbit has three wallet types that a user can choose from. A standard personal wallet like the ones offered by other wallet services, a multi-signature wallet which is good for corporate use, and possibly the most interesting is the cold storage wallet. Yes it turns your mobile device into a cold storage wallet.

Personal Wallet is the most basic kind of wallet that a user can get on Ownbit. The wallet offers support for more than 20 different cryptocurrencies, and almost all ERC20 type digital assets.

The Cold Wallet secures the user’s digital assets by being completely isolated from the network, without a need to purchase any new hardware. The process turns the user’s mobile device into a cold storage wallet.
The cold wallet also comes with a feature that allows the user to complete transactions and monitor their cryptocurrency holdings while keeping the cold wallet private keys secure in offline mode. This is achievable because of the Watch Wallet feature, which is, essentially, a viewing window that is set-up on a secondary mobile device.

The MultiSig Wallet is much the same as the joint accounts that are offered by the traditional bank system. This means that multiple individuals have rights to manage the digital assets held in the wallet. In this instance, a maximum of three individuals may have control and two of the said individuals are required to sign off on a transaction.

The Ownbit MultiSig Wallet follows all the tried and tested standards and supports multiple digital assets.

As part of its security features, the Ownbit Mnemonics are up to par with the BIP39 standard – which has a word list of 2048 for the English language – and will generate no less than 12 words as a default security settings.

Get more control of your cryptocurrencies 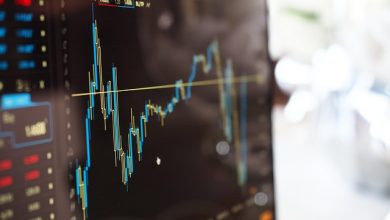 What is Crypto Margin Trading & How Does it Work?